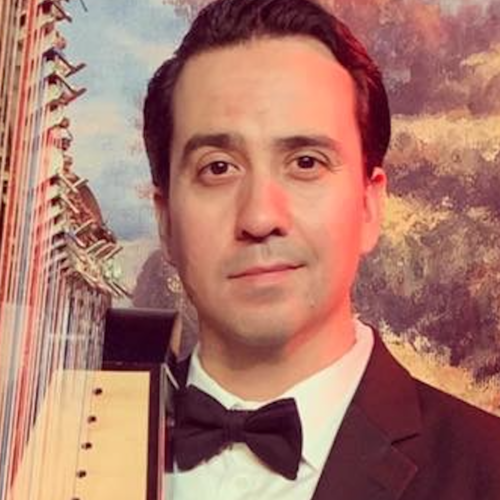 Willie Acuña continues to give back to today’s youth by teaching at various workshops for students and teachers interested in mariachi music. He has worked as a guitar teacher for the City of San Fernando, and he has taught harp workshops for the Texas Music Educators Association, the National Mariachi Workshops for Educators in Las Vegas, and Cal Poly Pomona’s mariachi ensembles. Furthermore, Willie has lectured on the history of mariachi music at Cal State LA and Orange Coast College. Willie graduated from UCLA’s Ethnomusicology Department in 2017, and recently joined Santa Monica Youth Orchestra’s faculty beginning in the 2018-2019 academic year.