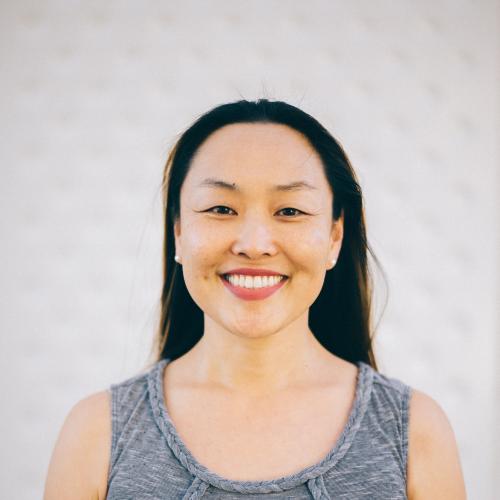 The Tokyo born Sachi Yoshimoto was reared in Santa Monica where she attended the nearby Franklin Elementary School and Lincoln Jr. High School. Her love of music was cultivated at a young age via the sonic delights emanating from her father’s impressive vinyl collection which spawned her bountiful exposure to American country music, marching bands, symphonies and assorted other sounds derived from her dad’s travels to Egypt, Lebanon and beyond.  Sachi’s formal training began at age ten when she started playing the violin, which culminated in her fondest childhood memory of playing in the Santa Monica-Malibu Unified School District orchestra’s annual Stairway-Of-The-Stars concerts at the Civic Auditorium.

Sachi later studied violin with Dorothy Compinsky and then chamber music at The Colburn School of Performing Arts, Los Angeles and The Idyllwild Arts Summer Program. After receiving an undergraduate Fine Arts degree from the University of Southern California, she pursued a professional career in the contemporary art world as an assistant curator and transitioned to an art gallery director which consisted of travel all over the world representing distinguished visual artists at international art fairs and art biennials. In 2003, she began her Arabic music study by performing with the UCLA Near Eastern Ensemble, UCSB Middle East Ensemble and attending the Arabic Music Retreat, Mt. Holyoke College for consecutive years. Sachi is a versatile musician of diverse genres with nearly 20 years of experience in arts administration. She has performed throughout the USA, Europe and Middle East at venues such as the Billy Wilder Theater at the Hammer Museum, Musical Instrument Museum, Radio Beirut, Cairo Opera House, Lincoln Center Out Of Doors, and Teatro Carignano di Torino. Further, she is a violinist with the National Arab Orchestra, New York Arabic Orchestra and a koto player (Japanese zither) at the Yoko Awaya Koto Music Conservatory. She is also one of the founding members of SAVICTO, a Los Angeles based world music ensemble performing and promoting music of the Silk Road.

Over and above Sachi’s performance career as a sought-after artist in diverse music and art genres, Sachi is also passionate about education outreach in visual arts, music and theater, all of which inspired her teaching experience at OPUS 3 Music Camp at PS1 Pluralistic School, where she was able to expose young musicians to Arabic and Japanese music and culture. Ultimately, Sachi believes in the cooperative power of music and arts to forge a spirit of worldwide tolerance and accord through which local and global communities may be fortified.