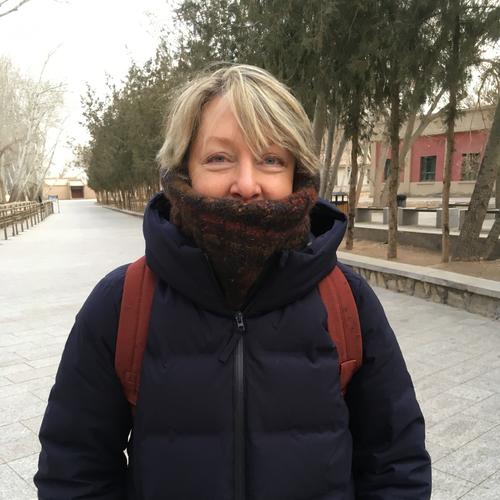 Julia Carnahan is the associate director of UCLA’s Boethius Initiative, a center for interdisciplinary scholarship and creative work founded by her longtime collaborator, director and UCLA distinguished professor Peter Sellars.  A producer, researcher, and consultant in the performing arts, Carnahan began working with director Peter Sellars in 1989 and participated in the development of the 1990 and 1993 Los Angeles Festivals of which he was artistic director. She also worked on Sellars’ productions of The Merchant of Venice; I Was Looking at the Ceiling and Then I Saw the Sky; Little Mahagonny/Bach Cantatas; Peony Pavilion; The Story of a Soldier; For An End to the Judgment of God/Kissing God Goodbye; and The Children of Herakles, and founded his production company Old Stories: New Lives.

Carnahan’s work as a consultant includes: Bill Viola: Downtown L.A. in conjunction with the artist’s retrospective at Los Angeles County Museum of Art; artistic director for the inaugural season of Sounds of L.A. at the Getty Center; Happy End at MOCA, Agents & Assets with the Los Angeles Poverty Department; the Master Musician Fellowship program for the Durfee Foundation; the Blue Ribbon Presents Global Pop at the Music Center; the International Festival of Arts & Ideas in New Haven, Connecticut; the World Festival of Sacred Music–The Americas with the Dalai Lama; the Los Angeles Master Chorale; UCLA Summer Sessions and UCLA School of Music; the Getty Museum (for the reopening of the Getty Villa); the Urban Institute; California Arts Council; the Guggenheim Museum, New York; and Santa Fe Stages.

Carnahan is a board member of the Los Angeles Poverty Department.  She lives and works in Los Angeles.