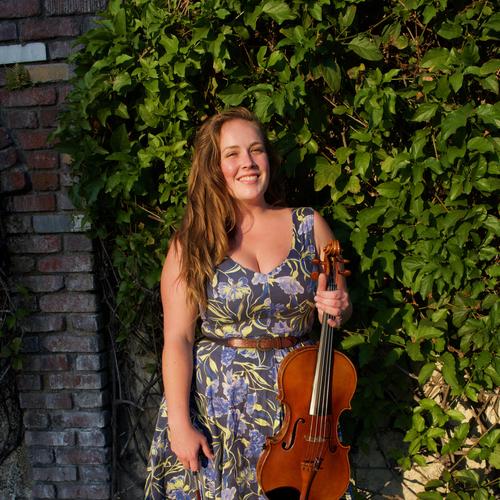 Placing her instrument in the back seat of her car, Los Angeles area violinist and violist Gracie McAleer thought to herself, “My first studio gig. Does this mean I’ve “made it?” Though much of the day consisted of sitting around, waiting and partaking of craft services, she left feeling as though her career trajectory was looking pretty, pretty good. Six months later she learned the orchestra’s segment never made it off the cutting room floor. Minor setbacks aside, Ms. McAleer has been fortunate to perform in major venues across Los Angeles, including Disney Hall, Kodak Theatre, Microsoft Theatre, The Greek Theatre and The Shrine Auditorium.

Apart from her orchestral endeavors, she holds a special place in her heart for the intimacy of chamber music and has traveled to the Czech Republic to play chamber music as a participant in the Ameropa Music Festival. Gracie loves to collaborate with artists from all corners and she enjoys exploring a variety of musical genres, playing everything from classical to pop to mariachi and world music.

Ms. McAleer is privileged to have soloed on the Broad Stage as a student of Santa Monica College, with South Bay baroque orchestra the Corelli Ensemble and at Union Station as part of the Bach in the Subways celebration honoring the composer’s birthday.

When she is not making music, Gracie enjoys long walks on the beach and changing her own disc brakes. Ms. McAleer received her Bachelor of Music in viola performance from California State University, Northridge, where she she studied with Robert Berg.