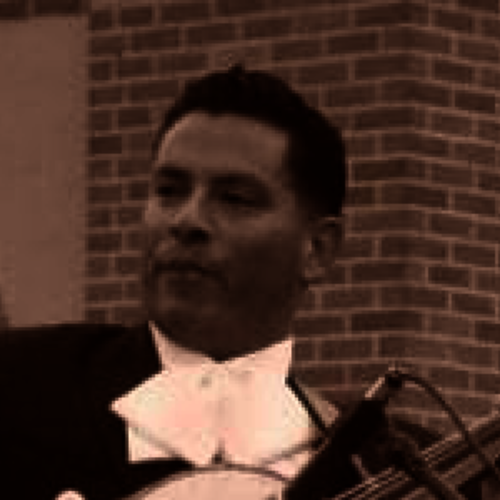 I began my musical career at the late age of 22. I walked into the UCLA Mariachi Class as a visitor - I had never touched an instrument, I didn’t read music, I wasn’t even an official student. The professor was incredibly welcoming and introduced me to the other guitarrón players in the class. I held my first guitarrón that night and never looked back.

Shortly thereafter, I began to gig around town with different mariachi groups and finally decided to create my own ensemble, Mariachi Alta California. We played quite a bit around the westside and had a weekly residency at El Texate Restaurant here in Santa Monica.

In 2013, I had the privilege of joining the Santa Monica Police Department as a Public Services Officer. I was excited to start a new career but also knew it was time to put music aside for at least a few years. Last year I got to combine the two professions with Mariachi Los Servidores, a mariachi made up of law enforcement officers from all around the greater LA area.

I look forward to passing on the tradition of mariachi music to our next generation here in my home town.